One of our friends suggested to print a portal cube 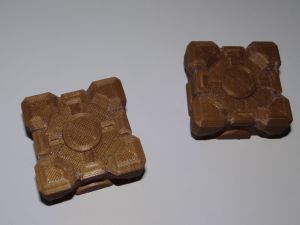 We found a poratl cube model after our friend insisted we should've print one. At least it was easier to us - we didn't have to create the model. However we had to cut it into two identical halves to make it easier to print. The print went smoothly, although it was the first print after we noticed that the new belt wouldn't last too long: it lived only for two weeks, before it stretched to the point where it became unusable. 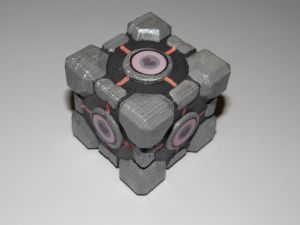 Gluing the parts together and painting was not that hard. Although it took more than a week to do it. We even add a little metallic glimpse on it to make it more realistic. 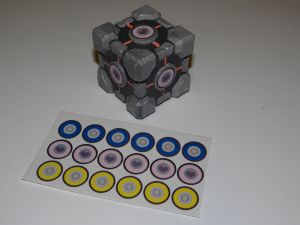 And finally we created a series of different stickers for the different kinds of cubes to make the life easier. We are planning to sell this as a kit and the stickers will be added to the kit as well.