The silver knife of Bellatrix Lestrange 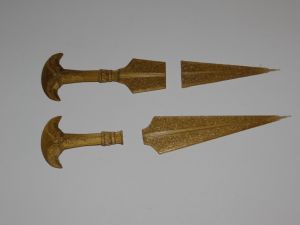 After the successful Bellatrix wand it was just a matter of time to us to start working on her famous dagger.

After years of creating 3D models it is just a matter of days to create a model like this. As you can see on the picture we printed it in four pieces - two pieces per side. 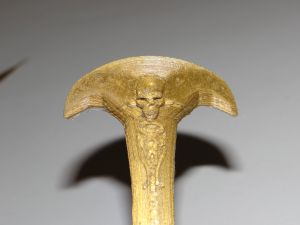 We used the same skull we used for the snake wand - it fits to this knife perfectly. 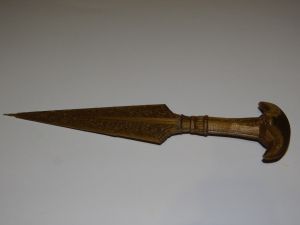 We used the same way to slice the model into pieces as we did it with almost all of our models: overlapping the pieces on the opposite side. This way it was easy to glue the model together with super glue. There was a small problem with the slicing though - we realized that if the cutting is in the middle of the blade it is a bit harder to make it seamless. So we decided to just reslice the model for further usage, but this prototype will remain this way.

The routine painting process again: base coat, acrylic paint, and finish. This time we used a little trick though: we added metallic pigments to the finish to make it appear more metal like. We think it worked perfectly. 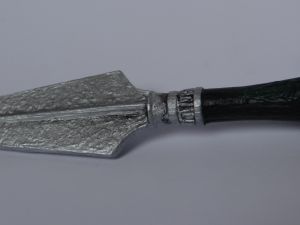 If you take a closer look the blade of the knife is not smooth, but has a rough surface just like it was in the movie. We were a bit afraid of how it will be printed, but it looks pretty well.