Our biggest challenge from the Harry Potter universe so far 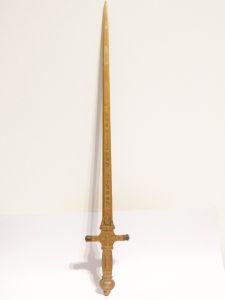 It's 85cm long, printed in 17 parts and weights more than 100 grams. This sword was the most challenging item we printed so far. But the challenge didn't come only from its size. The main problem was the structure itself. 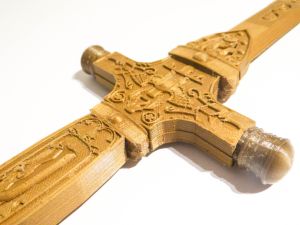 It's long, but thin, which made the first version too weak to support its own weight. When we took it into our hand it bended tremendously - almost to a point of breaking - so we had to make it much stronger.

In the second iteration we glued a steel wire inside of the blade from its tip down to the handle. And even made the blade a bit thicker. That two changes did the trick - this version was strong enough to hold, but of course not for a fight, but that was never our intention. 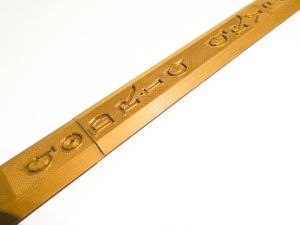 We used screen caps and movie stills as sources to make the model as we usually do. Making the model itself took weeks. It has lots of details. 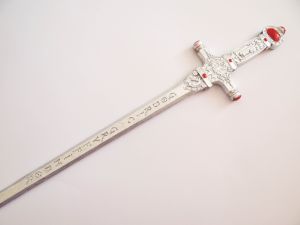 It was a good thing we practised gilding for a while now, because it would take a long time to paint a sword this big. Even the gilding took days to finish. And the red parts had to be painted too. 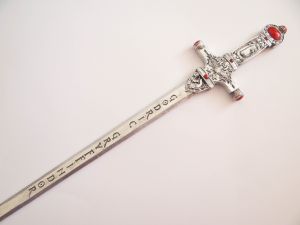 The shading is very important in every painting, but it was crucial in this case. As the comparison to this picture and the previous one shows, the shading made a huge difference. And also we mimicked the oxidization of the silver by the shading. 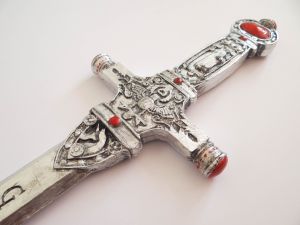 The shading helps to focus the attention on the details, especially on the handle and the text on the blade. Of course we used polish on the whole sword to protect the gilding and the acrylic paint. 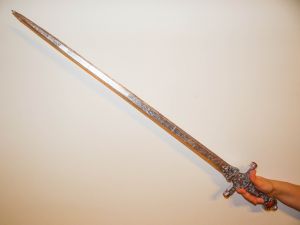 And a final picture, just to show how big this sword actually is.