The second raven wand design - a tribute to Ravenclaw 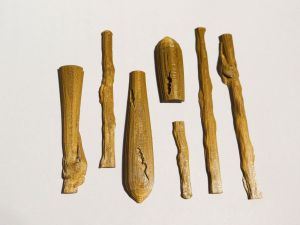 As we mentioned in our previous article, we had a request for a raven themed wand, but that wand was not the one was chosen by the customer. This wand is. 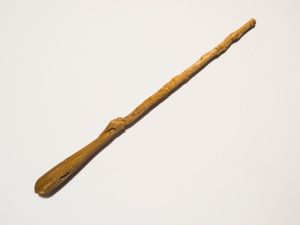 This wand is raven styled too, but in a different way. First there are feather patterns on the handle of the wand. 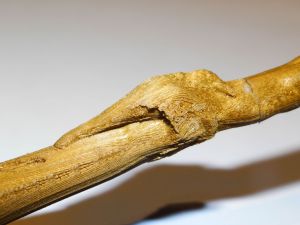 Second there's a small raven hugging the handle of the wand. 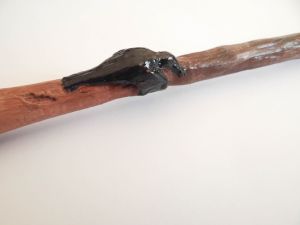 The raven was so small that we decided to paint it to a different color that the wand itself to make it more prominent. The raven must've been black, so the wand became the classic wand color: brown. 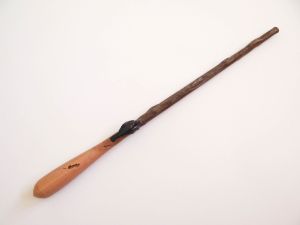 The end result is actually much better then we foresaw, but we still like the other wand better.