We built a bigger version of our pygmy puff 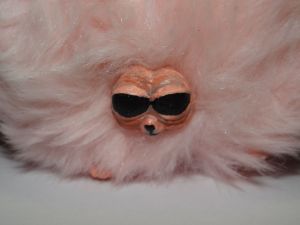 We printed a lot of pygmy puff kits in the last few months due to the constant interest toward it on eBay. But, as you already know based on our several failure stories, we made lots of pygmy parts, which were not good enough to sell, but good enough to use. So we ordered fur to a new pygmy puff, but it seemed our old supplier has disappeared, so we chose a new one. The quality of the fur was even better then the previous one and the size was bigger, too. After some thoughts we decided to create a big pygmy puff just to see how it looks. 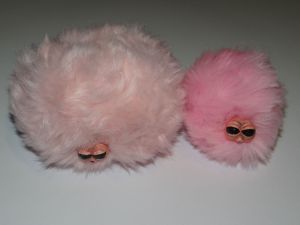 As it can be seen on this picture, the new pygmy puff is significantly bigger then our previous pygmies. We still couldn't decide which one is better. What do you think?