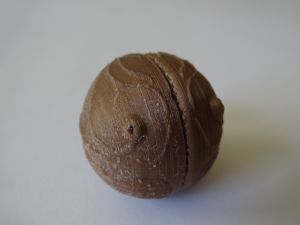 We have been working on the model for weeks. We used screenshots from the movie to create an as accurate model as we could. As it can be seen on the picture we printed it in halves to be able to print it without support.

The Harry Potter Wiki states the size of the Golden Snitch is about the size of a walnut. Maybe the walnuts in England is bigger than those we see here in Hungary or Harry's hand was smaller at that time then we estimate, but according to the pictures from the movie it seems the Golden Snitch of the movie was bigger than a walnut. We printed a little bit smaller one, around a size of a walnut. 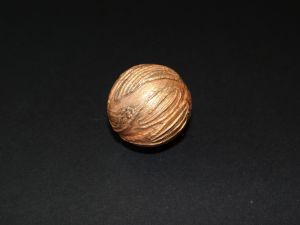 We used gold paint and painted shadows to highlight the pattern of the item. We have added small holes to the model to attach the wings, but couldn't create a light enough wing set which can be applied.