Storing memories this way would be very useful 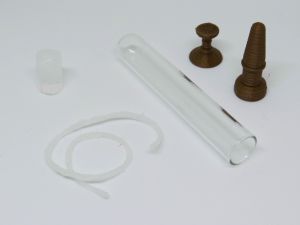 I don't think I reveal a big secret if I say we love the Harry Potter series. So we made yet another piece of the universe - the memory vial. 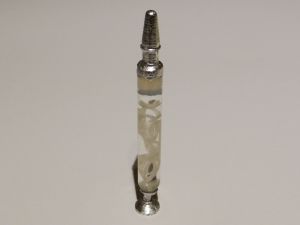 Making the model, print it and assemble it. Neither of them was a big or problematic task. Finding a good glass for it on the other hand was not that easy. Most of the glasses we found were too big for this, but we found the perfect one. 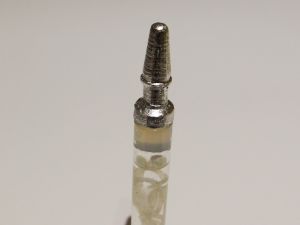 The memory vial in the film had a transparent end, but we cannot print transparent. Yet. So we decided to make it looks like metal. We used gilding to achieve this fine metallic look. We are starting to be very good at gilding recently. 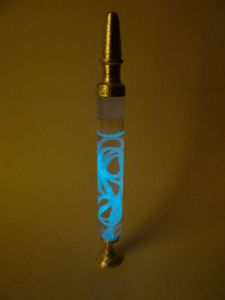 Making the memory glow in the dark was a bit more tricky. We ordered glow in the dark pigments online and mix it into some clear silicone sealant (can be bought in any hardware store). We formed a small amount of it to a thin layer and cut this sheet into strings after it dried. 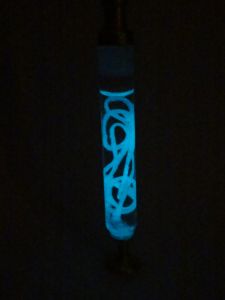 It glows for an hour or so after it has been charged up with light, but not too brightly. It still looks awesome in the dark.

You can download the models of this story below.
More results