Our second printer has been built 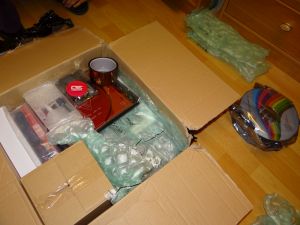 It was like an early Christmas day - the MandelMax printer kit has been arrived 20 days ago. We opened the package very carefuly to make sure everything was in it what should have been. As it turned out that was not the case - but let's start with the beginning.

The first thing which was missing is a full list of materials the box should've containing. Without it we were not able to tell if something was missing until we reached that point in the building process. So we started to build immediately... 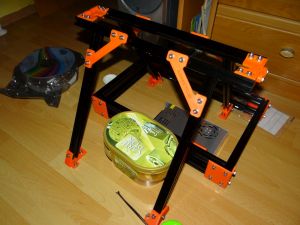 Fortunately there is a build manual for the printer - although not for this exact version. The build manual has lots of pictures to illustrate the steps need to be done, but sometimes the text just says things like "Assemble the screws to printed part like on picture above", which is not really helpful. But it is still very useful - we weren't able to build the printer without the manual despite that we have two years of experience with 3D printers. 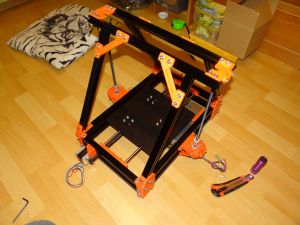 The first missing thing came early in the process, a few important screws were missing. We had to buy those and several others in a local store. Because of the missing pieces, the building went slow in the first few days. Despite this we were nearly ready with the frame of the printer in three days. And then we spent a full week working on the X axis - including the pusher and the hotend.

We plan to change our old printer a bit to be more similar to the new one, and the target of our change is mainly the X axis. We want to replace the carriage and the pusher solution completely, but to do so, we have to replace other bits of the X axis as well. We assembled the X axis keeping an eye on our old printer to see what should be changed. 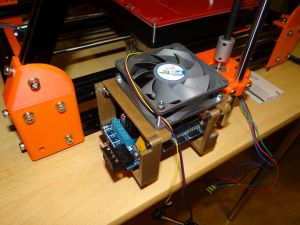 The last thing we had to do to complete the printer with the board and all of the cables had to be connected as well. Which means lots of soldering, which is one of the few things which we really don't like when building a printer.

In order to put the electric board on the new printer we printed a holder with our old printer. The model was found on Thingiverse. It has a big, 80mm fan on it and flipping it back you still able to reach the board easily. Very clever idea.

Putting every cable in place was almost a full week again, but finally yesterday we finished this part as well. 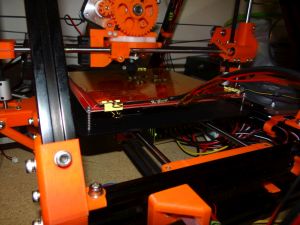 Today was the day when we could first try the new printer. Of course we had some issues first, but we expected them and were prepared to fix them. After eliminating those hiccups, the first print went surprisingly well. 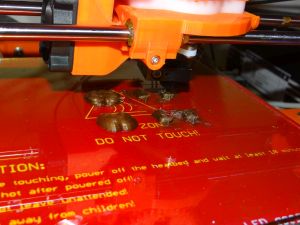 We didn't expect the first print will be successful - even if it is only a small pygmy puff kit. But it was actually successful! Totally unexpected result, but we are very happy nonetheless.

We spent 5 months to build our first printer, but we managed to build our second one within 3 weeks. In our opinion it is not bad, but with a complete kit it should've been much shorter.