Our third printer is a Reprap Prusa i3

Building a 3D printer is almost a routine now 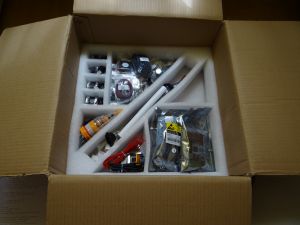 We had to realize that building a new printer is easier than repairing our oldest one which is out of commission for more than a year now. We ordered a Prusa i3 which is the cheapest 3D printer kit now available, but still looked reliable enough for us to use it. 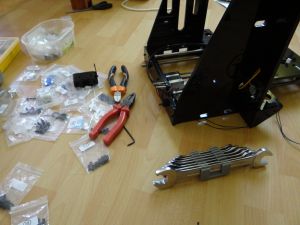 The package arrived in a surprisingly short time so we could start working on it earlier than we had expected. The package was well organized and really contained everything we needed to build the printer. The new Prusa i3 has acrylic glass frame which made us a bit nervous - we were told it is very fragile and make the printer inaccurate and fragile. Our first impression was positive when we put our hands on the acrylic parts: they looked much stronger than we anticipated. 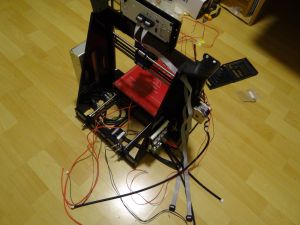 The supplier gave us very detailed instructions, so the building process was easy. In fact we finished it in record time: in only 5 days. 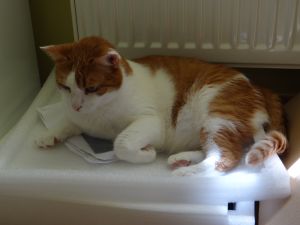 Of course we received lots of help from our cat. No wonder we finished that fast. 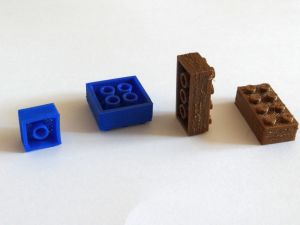 The first things we printed with the new printer were a few Lego bricks (we generated the models with our example Lego Brick generator - you can find it in our JavaSCAD models repository). The printing went well for a first print, but of course these were very small models. 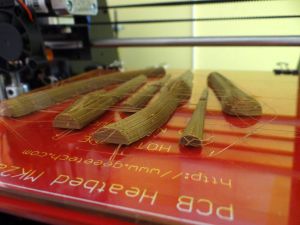 When we tried to print bigger objects we experienced two issues immediately. For one, the print seemed lack material - just as you can see on the picture here. The other problem was unexpected home movement every once in a while on the X and Y axis. We never seen either of these with our previous printers so we were a bit clueless.

We tried to solve the second problem first, because that seemed to be the easier one. We suspected it has to do something with the new firmware: we used Sprinter with our older printers, but this new one arrived with Marlin. But we couldn't find any suspicious in the Marlin's configuration no matter how hard we looked. As our final try we uploaded the old Sprinter software to the new printer (with lots of difficulty, of course), but even that didn't help. And that's when someone suggested on Reddit that it could be a problem with the SD card. We didn't even think that the SD card could cause that before. This printer has a normal SD card slot, not a microSD like the other two have. So we had to use an SD card we bought more than 10 years ago with our first digital camera. And that was it - it not just solved the homing problem, but even solved the problem with the not enough material in the print! 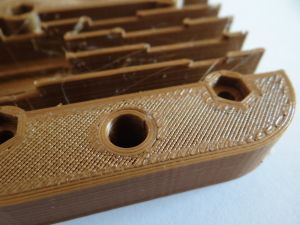 We were very happy when we solved this problem, because the printer started to print without problems, but the quality was not good. You could see it on the top layer: somehow it didn't look right. Was nearly not as smooth as with our other printers, so we suspected we missed something. 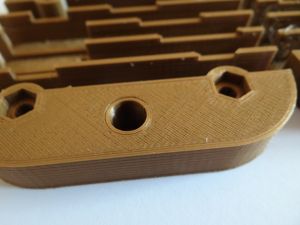 We had a feeling that the nozzle is not the size we think it is. When we bought the printer, the listing said the nozzle is 0.3/0.35/0.4/0.5mm - which is not too much helpful, to say the least. We thought it was a 0.4mm nozzle, because that's the most common nozzle size for this printer. But it turned out our printer has a 0.3mm nozzle - and that solved the problem of the top layer with one little adjustment.

So, now we have two working printers again, after almost a year with only one printer. We still didn't give up on our first printer - it was just easier to build a new one than fixing that.