"What did you expect? Pumpkin Juice?" 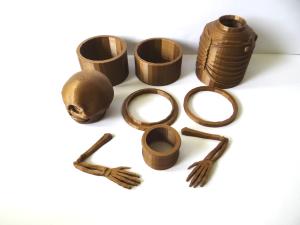 It was inevitable we would do this. We love skulls, skeletons and the whole Harry Potter universe obviously. And Skele-Gro has a skeleton like body with a skull like head. 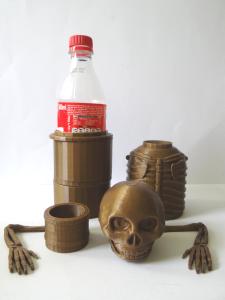 It was not easy to create the model. We started with a human skeleton model and modified where it was needed, but it didn't turn out very well. So, we made the inner cylinder and drew the ribs on then extrude and round them to create the skeleton. We realized immediately that if we want it waterproof we have to add a real bottle inside, because the prints are not really waterproof (it is doable by using wax, but then you cannot use it to drink from it anyway). 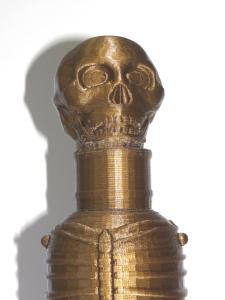 The bottom of the model is just tubes with shoulders - we sliced it into smaller pieces to make it easier to print.

The base of the head was a human skull model, but we modified it in so many places that it is barely recognizable. 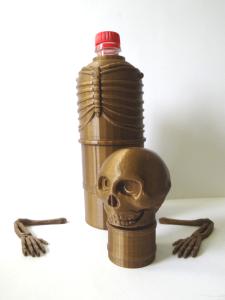 The models of the arms were made modifying a human arm skeleton model. We had to modify it to make one side flat which makes it easy to print. And the proportion of the lower and upper arm had to be changed to match to the model of the Skele-Gro seen in the films. 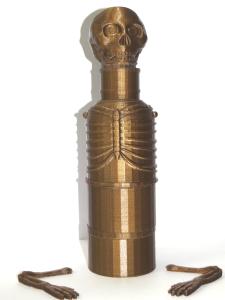 The full Skele-Gro is 31 centimetres tall (which is about a foot), which makes it our second tallest print so far after the Hogwarts castle. It was more than a month to create all of the necessary models and the printing took several weeks to finish. We had to redo most of the parts, because the first try was not perfect. 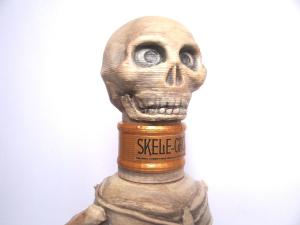 The paint job was another long job. We spent weeks to paint every part of the model. 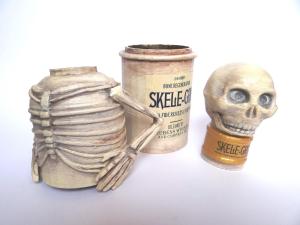 While the titles were printed - by a regular 2D printer for a change - on plain paper we made the colors of the print and the model more matching by hand painting the background with the same color to make them more real. Actually the titles made the whole model live. 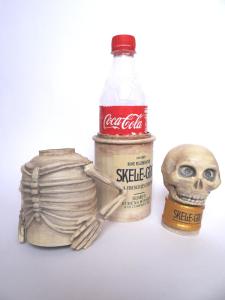 We put a normal half litre bottle inside, which we hoped would have made this an ideal carry bottle. But actually the hands are too fragile and if we had glued the upper to bottom part with the bottle inside, it would have been complicated to clean it. So the bottle is a bit useless inside, but we left it there anyway. 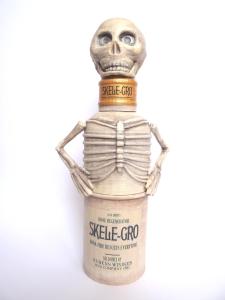 And this is how it looks when everything was put in place, painted. Several months of work, but it's worth it.

You can download the models of this story below.
More results