Hogwarts castle as a pet-house 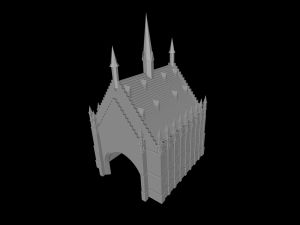 This was one of the reasons for building the printer: we wanted to build a really good looking pet-house to our turtles. It was almost obvious we chose the Hogwarts castle - namely the great hall - because Harry Potter is our favourite movie. But it was not easy to create the model...

We used screen captures and our own photos of the model used by the film makers to recreate a more or less accurate great hall - it is not completely accurate because it should be usable as a pet-house too, so for example it is wider than it should be. After the necessary information was collected the designing could be started. The whole castle consists almost 200 parts of 50 kinds, all of them was designed in OpenSCAD. The whole designing process took more than two months, but the printing and painting part will be even more! 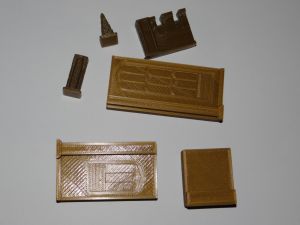 This article is only the first of the many which will tell you our journey to build the two slightly different castles (yes, we have two turtles). 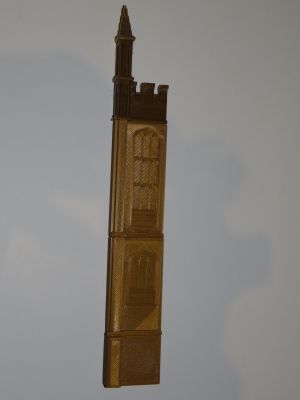 Today's topic is how we built the wall. The wall is composed from 8 segments - the middle 6 is the same, the left and right one is a little bit different - and each segment consists of 6 parts as it can be seen on the picture. These 6 parts were printed more than 10 hours, so just one side of the castle would be printing more than 3 whole days!

After these parts were glued together with superglue, the painting could be started, which is even more time consuming even though we only paint the visible parts.