The new heater block has arrived 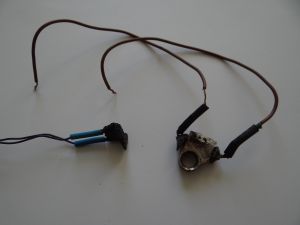 As it was mentioned in our previous post, we had some serious problems with the heater block, namely with the thermistor. Finally it reached the point when we couldn't print at all. As it can be seen on the picture, not just the thermistor was in a really bad shape, but the resistor was started to break up as well. So it was time to replace them both. 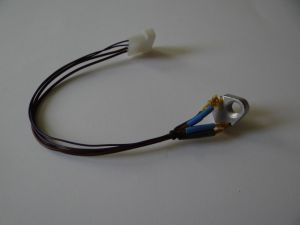 The new heater block has a new design. The problematic firecement has been completely removed and it was designed to be possible to assemble it without any glue or similar adhesive putty. We were lucky, because the guy from whom we ordered accidentally assembled it, so we didn't have to do anything, just put it on the printer. 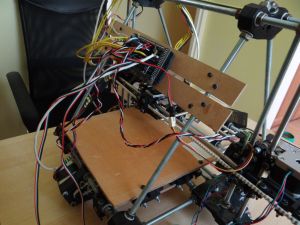 We made other fixes on the printer while it was on the table. First of all, we moved the board in a higher position, because the original position was prevented the bed to move in the most back position, thus reduce the printable size by a few centimetres. So, not we can print things up to 18 centimetres long. This is only a 2 centimetres increase, but still a step to reach our goal of more than 20 centimetres.

We cleaned the whole hotendThis is where the plastic actually melted. It is part of the extruder which contains the pusher and the barrel as well. too, and it is possible it was our main problem. The nozzle was almost full of dirt - we suspect it blocked the filamentThis is the plastic which is used as a source for the printRead more pushing a little bit. The first print after the maintenance was promising, but during the second print the pusher has stuck again, so we still need that stronger motor after all.