Aftershock of the fix

Was not a long term fix 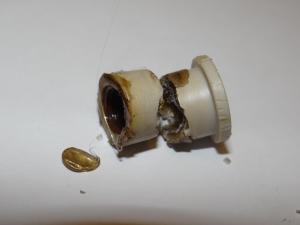 A week. After a short week the new hotend broke. Literally.

The first time we had to fix our newer printer

It had been working without problem for ten months 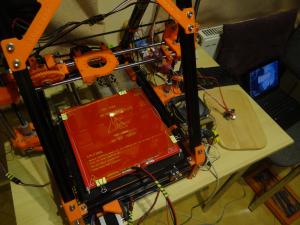 We had been using our new printer for ten months when the filament stuck in it.

The third material we used for printing 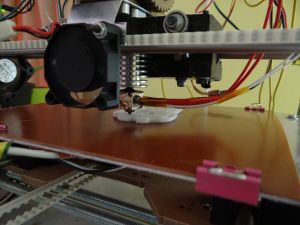 After our usual PLA and ABS we tried a new material: nylon. 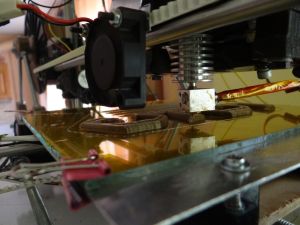 We had several problems with our old printer, but we solved all of them one by one.

The happenings of the last few days

We had been busy recently 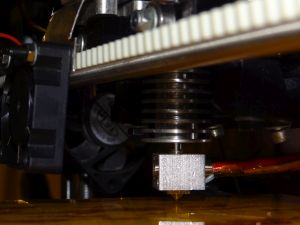 Cooling problems, new hotend and an unexpected accident. All within three days.

We still have problems with the old printer 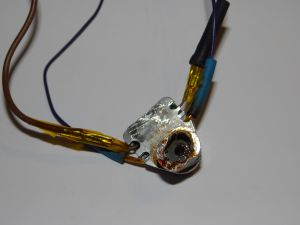 We rarely printed with the old printer recently, because we had problems with it.

We are trying to fix our printer 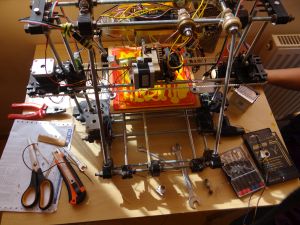 It has been almost two months since we had a successful print. We have been suffering from different problems since then. 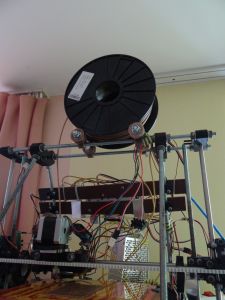 We had problems with the old filament holder when the roll was almost empyt, because it wasn't heavy enough. When we found a simple filament holder solution on Thingiverse we decided to try it. We finally replaced the old pusher which was already pretty worn. 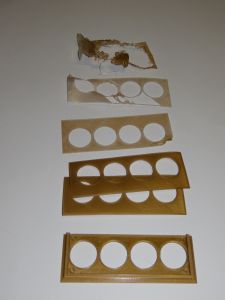 Although the replacement hotend did not arrive yet we found a solution for our problem. We didn't have any problem with the printer recently - now we have.

A bit of a problem again

The pusher needs to be replaced Recently we saw several times that the pusher stuck. It turned out the problem was not the power of the motors this time.

Fine tuning of the ABS printing 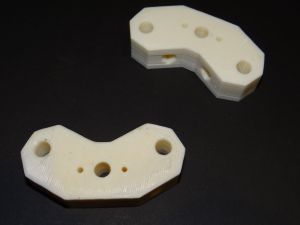 We spent the whole weekend trying to set up our printer for ABS printing.

A not so short story where we started with a small problem which quickly turned into a big issue.

After weeks of waiting and building our heated bed is ready After more then a month of waiting the kapton tape has arrived. And now we have everything to fully use our printer with the heated bed. Hurray!

Heated bed and other improvements 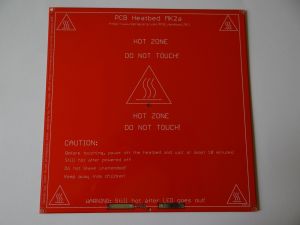 We are upgrading our printer right now by setting up a heated bed. This will help to print without the double sided tape and finally being able to print from ABS.

We started to build our second printer

Yes, we print our next printer 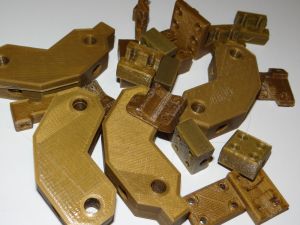 We suspected for quite some time that one printer is not enough. Now, we know.

Progress in the last few week

Yet another set of issues with the printer After we fixed the issue with the main board another set of problems arrived...

We solved the problem!

We panicked a little, but fortunately we could solve the problem With lots of constructive help from our friends we finally found and solve the problem of the electric board.

Yet another maintenance - with a twist

Cleaning the hobbed bar and replacing the pusher motor 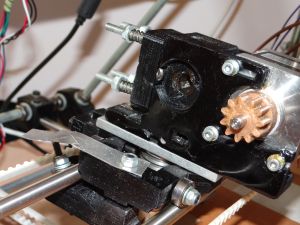 After some debate we decided there could be only two reasons of the regular stuck of the filament: the hobbed bar and the weak pusher motor. It turned out we were wrong...

The new heater block has arrived When the new heater block has arrived we could start to install it and of course made some other necessary maintenance.

We have some serious problems with the printer, that's why there is the silence from us in the last few weeks We have a few ongoing serious problems which prevent from printing right now.

Lizard and other news

Recent news and the lizard We still have some difficulties with the printer: we tried the printing with the white filament again, fast printing and other recent news.

A planned, but not planned maintenance

How we spent the afternoon on Easter Sunday A little problem turned into huge because we always postponed a long needed maintenance.