How we have started - the early failures and successes

Let's talk about the very beginning to make sure no one will give up on the first failures: everyone makes mistakes on the first several tries. And we were not an exception... 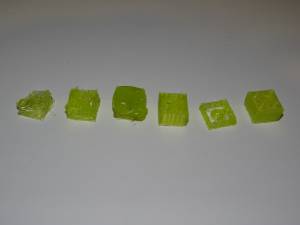 We used a Lego brick as a print test for a reason we don't remember - we never tried to print one after the first successful print - the picture on the left shows our first tries. The left most one is our first try and going on the right the brick became recognizable until the last one, which became almost perfect. The first few failures came from the fact that we used wrong setting for the extruder, thus there was not enough plastic in it - until we set it to a too high setting which can be seen on our third try.

During this test we were still using the few meters of filamentThis is the plastic which is used as a source for the printRead more we got as a gift from the company we bought most of the parts of the printer. It turned out this was not the best quality filament, but it was perfect for the testing. 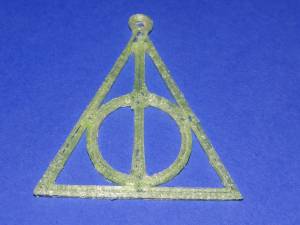 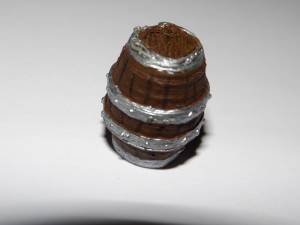 And we arrived our first painted printed thing - a little old style barrel, which was printed mainly because the remaining filamentThis is the plastic which is used as a source for the printRead more was only enough for this tiny piece. When we printed this we had to realize the cooling was mandatory to print with quality, because if the last layer was not solid when the next layer was printed the result was a mess. This one looked good, because we printed another thing together with it, a twelve face dice, which was a disaster. 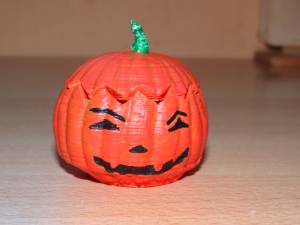 And that was just the begining, but later we started to print bigger and better things which are deserve a separate post. So that was how we had started to print - and how we made the first few of our many failures.